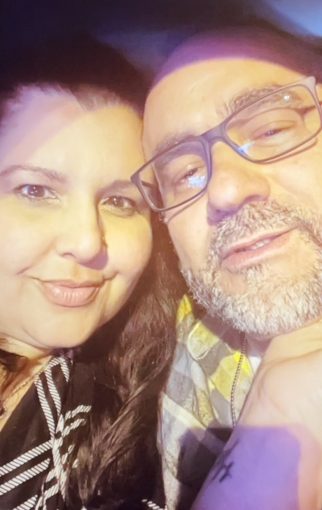 Yamile Hernandez, Gabriel Servello Cheaters! It is the opinion of many who know these two, Yamile Hernandez age 46 and Gabriel Servello age 51 both Cubans living in Winston Salem NC that they do not care about being faithful to spouse or partner. Yamile Hernandez who works as a property manager, allegedly has broken up the marriage of Gabriel Servello formerly of Vernon Farms in Kernersville NC by claiming a supposed pregnancy. Gabriel Servello who was happily with his wife and family just a few mere months ago is now living together with Yamile Hernandez. He has reportedly been trying to lay the groundwork to try and excuse what they’ve done to hurt many people. In North Carolina you can not even divorce until being separated for at least one year yet Gabriel has moved out of his family home directly into a house that he and Yamile have leased together. They are now posting publicly about their so called relationship and he now is “confiding” in his so called friends claiming he was having marital problems when what the true problems were that he won’t keep his weiner to himself and yamile won’t keep her legs closed to men who are supposed to be otherwise committed. And then makes up a story to force him to leave his wife. They want people to think this is some fairy tale romance that is meant to be when really it is just about two very selfish people who do not have a bit of respect or loyalty towards anyone. They have no morals and both are cruel and evil trash who think that others are supposed to believe that this is a union of two star crossed soul mates when reality is that they both have a history of cheating and breaking up others relationships or families with their selfish manner. They have no morals and definitely do not have any class at all. It’s highly distasteful the way they are being so blatant. A true and righteous relationship would have been gone about in the proper manner without cheating and lying. You FIRST separate and divorce, THEN you date, you don’t just up and move directly from your wife’s bed into your secret girlfriends bed. Even if the girlfriend believes the lies that he was supposedly sleeping in another room and not being intimate with his wife when yes he was. But trash like yamile will believe any lie she is told since she has no morals at all. Also she is rumored to have been having sexual encounters not only with Gabriel but with many men she meets in the course of her employment of managing HOA communities and other rental properties. She also seems to have the opinion that she is somehow different and special from Gabriel’s wife and other secret relationships he’s been engaged in when he literally mimics each one identically right down to the gifts he gives and the places he enjoys taking her on their so called romantic outings. Even the words and phrases he uses, nicknames, the texts he sends, are all the same from him and the only thing different is the person on the receiving end. As for the so called pregnancy, hard to tell since she was already built like a hippo anyhow.

What a dirty fucking whore she is.