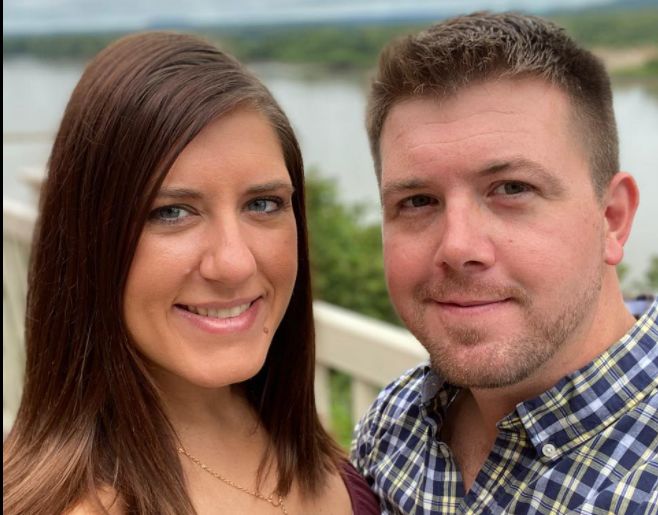 Trent Wieties is Married Cheater from Collinsville IL . Trent Wieties or Trenton Wieties is cheating on his wife, Sarah Wieties using a fake name. he told me his name was Joel Johnson and his ex’s name was Sarah Johnson. He told me he lives in Carlinville IL but online says he lives in Collinsville, Illinois. He uses dating apps to meet people. He used the story he was a single military guy who’s ex-wife left him because she was having an affair. He told me he loved me and wanted someone who would love him because his ex never did. He asked about my kids and made it sound like we had so much in common. He told me his ex stalks him to ruin every relationship and he must keep a low profile. We talked almost daily for months, It started in December 2020 thru March 2021. He told me a huge amount about himself which most likely is all lies. Every conversation he told me how beautiful I am and looking back always focused on giving compliments and almost always leading to sexual talk and him telling how bad he wanted me. He always sent nudes and continued to tell me he wanted to meet. We live hours away from each other and he offered to get us a hotel room. After weeks of him asking to meet, even with COVID going on, he ended up making me trust him enough to meet up. The only time he could meet was during the day in middle of week. I had to take off work just to meet him. I planned to spend the day and night with him. Instead, we met up at a cheap hotel where he rented a room and we spent less than an hour together about 45 minutes was him trying to calm me down as I was nervous and only ten minutes which was physical. Immediately after we had sex he checked his phone and said he had to step out to call work. He came back in and told me there was an emergency and he had to leave. After that the number I had for him was no longer answered and he would not respond to text or any chats we had through dating app. He disappeared and I have never heard from him since. After much googling I found picture of him and surprise I find out he is a serial cheater and married liar. I fell for his scam and got used for sex. He has done this many other times to many others. I am posting this in the hope than others may find out what he does before they get used as I did.

Manoeska Clarke gave 3 people in our church an STD!