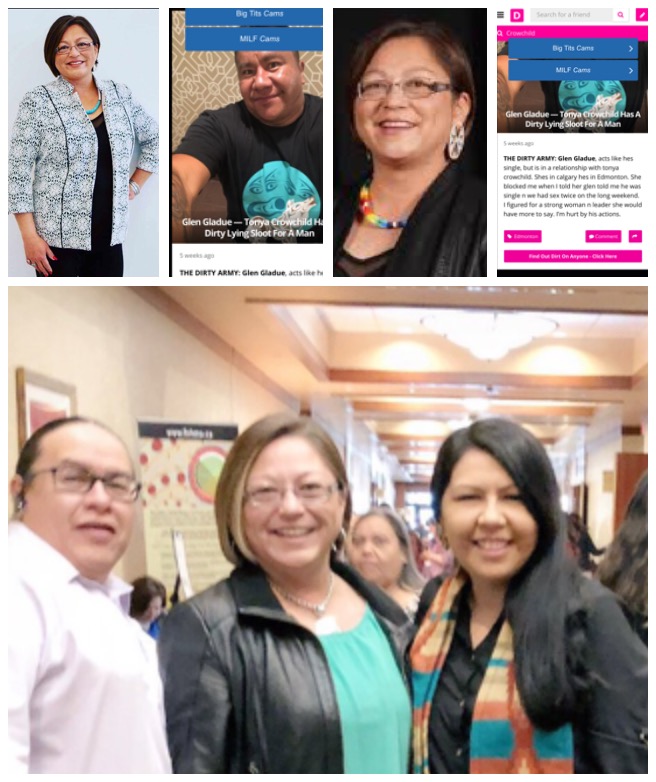 Let me introduce to you little Miss Tonya Crowchild/BEBE!! Haha basically this one was born out of wedlock her mother was quite the run around in her younger political days and ended up getting pregnant with Tonya (geez) Well Tonya’s mother had no other choice but to register Tonya as a CROWCHILD and register her in Tsuut’ina how shameful that must’ve been for her!! Truth be told Tonya is not a CROWCHILD and this bonehead even tried to run for Chief in their last Tsuutina election and that must have been quite the laugh for those who know that your dad was not a Crowchild.. That must’ve been quite the embarrassment for your family and you smh stupid!! she talks a big game like she’s highly educated, she’s not!! she talks like she’s highly respected in Tsuutina not true either!! She’s a bully and she bullies other younger women on the reserve, she’s a very jealous insecure woman, Well look at her she’s ugly!! TONYA CROWCHILD/Bebe haha Stop trying to run for Chief and don’t bother ever running for Council!! You don’t have any real bloodline from Tsuutina in reality your mother married on, her original last name is BEBE from Brocket Alberta!! She acts like she’s a really highly respected Sarcee woman she’s not…
She focusses on other women and bashing them and likes making other women look really bad through gossip only because she’s so ugly herself!! look at her big front bum and people actually get annoyed with her ugly laugh and annoying face lol you just see the FAS features in her face poor thing..

Let the truth come out about this one many more to come. Control your pet Tonya.. Tonya and her bestie Chelsea BC love playing dirty together. That’s where Tonya gets most of her action from when she’s dry.

And the smell of her pussy is atrocious it’s treacherous. Focus on cleaning that Big stink spoon and stop embarrassing yourself and running for chief and Council (stupid) you’ll never get in, your not Tsuutina….