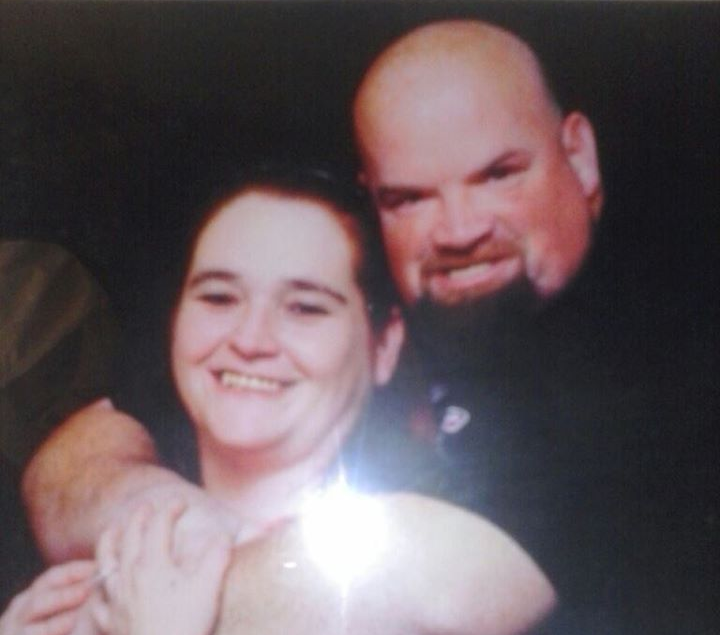 This wonderful “person” is a real piece of work; this is still a sore spot for me so I’ll try and keep it simple. I met Terrie at very bad point in my life; I had just gotten out of lockup, after serving 9 months of a year sentance, was on felony probation and was STILL running around doing whatever I wanted to do. Unfortunately, one of those things was meth and that’s part of how we came together. She was a close friend of my best friend’s fam; they’d known each other since forever. I was staying at with him and his mom, on and off, for quite some time; it was one of the few places I could go and be sound as a pound. we doing whatever we could get our hands on at the time and finding crystal was real easy. Enter Terrie and her scumbag boyfriend Frost. At first, it was all gravy; hanging out, getting high, playing Magic, etc.

At some point, things between her and Frost went south, like way south. I cared about what happened to her since I had it bad for her from day 1. The day they called it quits, I helped her get tf out of there and did what little I could to help. A couple weeks go by, and I thought she had forgotten about me, I get a call from her and it just kinda went from there. She started spending weekends with me after that and needless to say, it advanced quickly. As time went on, things just got way bad. We were always tweaking and she was always up to her little twacker trix; lying, using ppl, stealing things from stores and taking em back for the refund money. I even got a theft charge because I happened to be with her on one of her runs. She was doing all this for her scumbag dope dealer to support her habit. Eventually, I started to get really sick of the bs and wanted to clean up. she said wanted to as well but never followed thru; she kept bringing the dope around and if it wasn’t in the open, she was doing it behind my back.

Evenually, the law finally caught up to her and she ended up in jail for a few months. I did what I thought was right and stood by her side; writing letters every week n such. She got out after 2 or 3 months and we went right back to what we were doing before. I obviously wasn’t ready to quit just yet. Some time later, she went to AP&P to check in with her PO and bailed when they wanted to give her a UA. She was on the run for a while b4 Johnny Law busted her again, this time it was a 6 month sentance. As before, I stood by her and supported her during this bid with money, letters and visits; hell I almost got arrested trying to visit her; had a warrant at the time. While in, it was all “I love You” but once she got out it quickly changed. For some time, I’d had suspicions that she was trickin behind my back with a few Sanchos, which was confirmed by other ppl and by me finding evidence hidden in our bedroom.

Things between us did not end very well at all. I was loved her wholeheartedly even tho it was quite obvious, after the fact, that I was nothing but a means to an end to her. The final piece to the puzzle, is how quickly she got married after we ended, not even 3 months later. I couldn’t believe I was so foolish to waste 3 years of my life on a bottom-feeder of this caliber but that’s what dope will do to you. In the end, I fared far better than her and her scummy hubby; quit tweaking, got an education, and found my wife (who’s more of a lady than this piece of trash could ever dream of being).