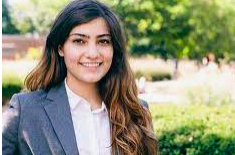 Tanvi Ralhan. [REDACTED] this is tanvi. she is from a conservative family in india and is expected by her family to marry indian. While she was here she started secretly sleeping with her friends baby daddy. After her friend left America, she got very attached but kept it a secret. I got involved with this man after he had been broken up with his babby momma for two years, but didnt know about his secret affair with tanvi. I messaged her after I was supposed to move in with him and she assured me she was out of the picture. During my pregnancy I found out she was not ever out of the picture. I messeged her again and instead of leaving she blocked me and continued the affair. I broke up with the man but we are back together after I had to message her conservative Indian mother to get her out of the picture so I wouldnt have to be a single mother and could have an intact stable family for my child. She has latley been taking trips to the city I moved to and she has no self respect and is willing to lie to me even though at this point I have a daughter and am married. She slept with this man at [REDACTED] while they both worked there. I have every screenshot from 2018-2020. She works at [REDACTED] and considers herself a feminist because she is good at math.