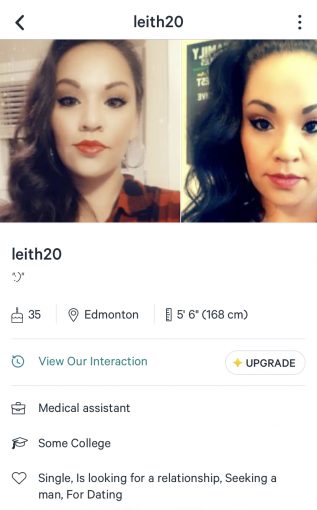 met this pig off POF and invited her over to my place. she dropped her kids off at her moms and headed over. i spent an hour getting ready thinking i would be seeing the girl in the photos. instead what shows up is 40 pounds heavier and looks rezzed the fuk out and smells like cigarettes and cheap perfume. i was shocked beyond words and confronted her about catfishing me. to which she played dumb and acted as if she genuinely looked like the girl in the photos. i should have clued in why she was using filters on every photo. its to hide her pock marks and weathered skin from the years of partying and drinking. disgusting ratchet woman. i told her to please leave and the hoodrat immediately came out. swearing at me and giving me the finger in front of my neighbours. sped off in her car making a scene. what a class act. stay away from this one guys.

Shelby Spence Trust No One!