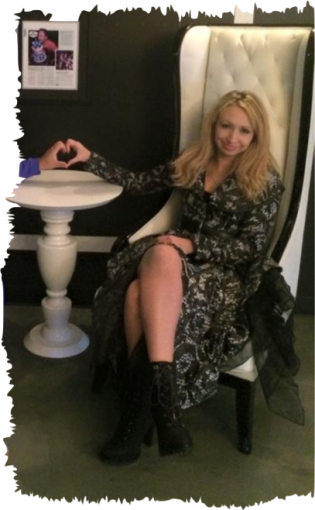 Sierra Leeann Zavatsky Floozy That Extracts Every Penny Until You Are In The Grave. I am a wife sharing my grief about my tragedy and loss in the hope that by drawing attention to this floozy Sierra Zavatsky you will never lose a loved one. We live in Utah and are a very large and religious family. My husband was very close to retirement age and occasionally traveled to Las Vegas for business. Unbeknownst to me he visited a strip club called [REDACTED] and got many lap dances from a stripper/floozy with a stage name of Danielle. I learned these details much later. He became infatuated with this woman Sierra. Sierra told him that she serviced many other men, about 1500 a year in a hotel, and thousands at [REDACTED]. My fastidious husband did not care, and still pawed and groped this ageing jezebel. He even brought her to Utah, and stashed her in a motel for a few days, to the tune of $10,000. Our money was disappearing and he said that business was slow. I went to the doctor and was told that I had an DRD. My husband was my life love and only partner that I had ever had. When I inquired how this could have happened he said that it must have been satan’s doing. I was so naive that I accepted that. Sierra lived with her boyfriend or p1mp but my husband thought that she would leave him. Even at 30 she was younger than 4 of our 8 children. My husband was giving her $2500 every time her had sex with her and sent her an allowance of $7500 a month plus gifts. This went on for 3 years. One day some pictures of her having sex with 3 men and a transgender person came in the mail. At the time I didn’t know who she was. It was postmarked Vegas and my husband was in Vegas at the time. The photo showed her with one man’s c0ck up her a55, the second in her vag, she was sucking on the third one, and doing I’m not sure what with her hands on the other person. Impulsively I hopped in the car and put the pedal to the metal and drove to Vegas. I got a key to the room that my husband was staying in at the Palace Station. It was a very seedy hotel which surprised me. I crept up to the room and Jesus and Joseph I could not believe what greeted my eyes. C0cks, tits, rubber, leather, harnesses, chains, & dogs flying everywhere. My husband was dressed in a rubber suit with the crotch cut out, jerking off on Sierra’s face and hair. She was getting pounded by some huge Baltic goon. Some dogs were frantically running in circles on the bed yapping. One was licking the Baltic’s a55 cheeks. There was about $20,000 spread out on the bed in cash and pepsi on the bedside table. I will never forget the loud song that was playing called Wobble Up by Chris Brown. The lyrics said, Wobble on the d1ck. If my d1ck out, then you better start suckin’ or somethin’. This was not my husband of 35 years in this freak show. This woman on the bed, was panting and sweating like some sort of animal. She had w@rts and a foul odor coming out of her. There were poop stains on the bed under her. I’m not sure if it was from her or the dogs. Unbelievably she screamed at me, “if you don’t have cash get out of here you old sloot”. That was enough, I grabbed the chain around my husbands neck and marched him through the lobby and to the parking lot. The whole sordid story came out on the long drive back. He had given her our 401K and we were destitute. I was willing to go to counseling and work things through but he was very depressed and only lived to talk to her. She cut off contact when there was no more money coming. We couldn’t pay our own bills. My husband ended his life and our kids and grandkids have no father and grandfather. She contacted me asking for more money saying that my husband had said that he was leaving her half of his estate. I told her that she needs to return the 2 million which he blew on her.