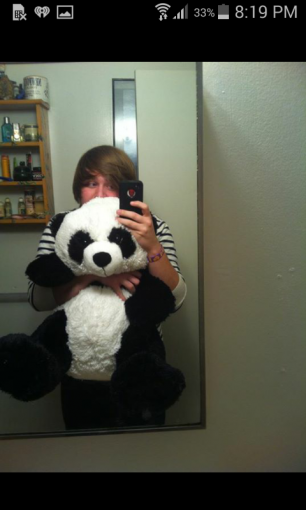 Where do I even start? Gross human being. He uses his friends. Can’t hold down a job and wastes money. His stupid parents fuked up raising him, his mom was a pill popping addict and would beat him, let her boyfriends son rape him at 8. His dad was such a pepsi head he used to hangout with shady people and let his son witness a murder at 6… Good parenting Wayne and Kathy. No wonder your son is a fuk up who cant hold down a job. In highschool he got some girl knocked up and treated her like sh1t for the childs safety she lied and said she cheated and made him sign his rights over and he gladly did because hes a sh1tty human being, then he went on flr a few years to shove every possible drug he could up his nose and then started whinning because he finally wanted to be a dad when some other man had been taking care of his responsibility for three years. He couldnt hold down a job and just wants to sit around and get high all day and play online games with his other loser friends who live with their parents and can’t hold down jobs and treat women like sh1t. So his parents got sick of him and dumped him off in Alberta on one of his loser friends where he ended up working at Walmart in the deli and he slept on a futon in the living room and just got high and played video games. He used to be so fat but lost all the weight from drugs, he swears its from long boarding but he doesnt leave his computer long enough. He met a nice girl in 2017, brainwashed her into leaving her husband and just used her and treated her like sh1t, spent all her money and just sat on his computer and got high all the damn time. And everytime she tried to leave he’d get out a knife and threaten to slit his wrists open or start hitting himself and ask if thats what she wanted. He got her kids taken away for a bit from his abuse, got her pregnant and then made her miscarry. He was such a slob and wanted hee to wate on him hand and foot. The day they broke up he choked and pushed her. And he had hit her more than once before, racked up her bills, stole her money and nintendo switch and then whined to his grandma which he always does, and lies about money for drugs to her, who is a widow and his parents, for a plane ticket. He punched a tree because he was gonna punch some girl he was dating and shattered a pinky knuckle and uses that as an excuse to smoke weed all the time. He can easily smoke $800 of weed a month, the sad part is he mixes it with tobacco. Hes a loser and can be found on whisper, pof amd tinder. Ladies beware. Hes more trouble than hes worth and dont believe his sob stories. Hes a toxic human being and a man child. Also dont believe anything he says about ex gfs, he says they use him and treat them like sh1t. Goes by the username gnomeskindamad or gnomeskindastoned.Targets single mothers and uses and abuses them. Thinks hes such a scene kid but hes 25 and needs to grow up.

Chelsea Kendall Slore Of The Year