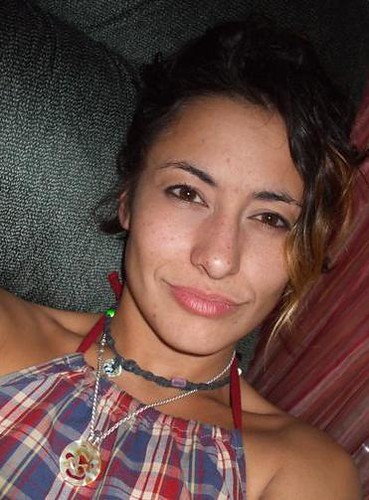 Lindsey Kay Beckman, Scobey H0e. This female is a horrible slur her words blackout drunk. Something her and my husband have in common. Very needy and insecure to the point of desperate. She is now claiming for the 3rd time in less than 8 mos. to be pregnant again. I’m certain so she can push the envelope and prompt our divorce. She is 17 years younger than us already has 1 kid which the dad never married her, not sure if she is so stupid she thinks this pregnancy will land her a different result or what. My husband however is 55 years old and we have daughters the same age as the GF. All of our grandchildren are older than the child she already has. She knew he was married early on and she has no moral compass or ethics to respect these clear boundaries. She is such a stupid drunk she leaves her young daughter at home in her crib alone while she goes to the store and to get gas. I should turn this evidence in her own text admission over to child services. My husband needs rehab but with a clown like her they will just enable each other and continue to threaten the health and safety of her kid and anyone else driving on the road with them after 4 or 5 pm. I have proven to her that he is still sleeping and having sex with me. I recorded it for her and sent it. I’ve proved he is chasing numerous floozys in addition to her but she has sunk her fangs in. We have money and she is a trailer trash bimbo waitress in some dust town in Daniels County Montana. My husband just randomly walked into her restaurant or burger joint one day and she solicited him. Asked him if she could message him. Yeah zero class at all. Granted my husband was probably the best catch and financially well off person to ever step foot in that joint. So of coarse she’s gotten accustomed to spending our money. Oh yeah a drunk and a meth head that supposedly quit the month prior to meeting him. But I doubt that and my husbands to drunk everyday to catch on to anything like that. He’s as anti- drugs as it gets and would not accept it if he knew. A few times in the wee hours before he headed out to work he has been surprised she was so awake and prompt to respond to him. He will ask her what she’s doing up so early and she always has an excuse like she’s getting her 3 year old a bottle, or the phone alert woke her up. NOT LIKLY bag h0e! Anyway I cant even express how hateful and resentful I am for a bottom feeder like her to be running interference in my marriage. Going on a year here in a couple of months and my husband and I are just as married as the day she met him. Even with her child and baby crying tactics! This person should be ashamed of herself. I want you to know Lindsey Beckman if he cheated on me with you he will certainly cheat on you with me and somebody else….YOU ARENT THE EXCEPTION TO THE RULE! He has done it already more than once you idiot. I don’t care what a man tries to tell a female to lure her in. If he says the marriage was already over but he still lives in the same house with her and she doesn’t know about you then that’s a lie!

Tri Ciao — This Guy Is Still Paying For Playing