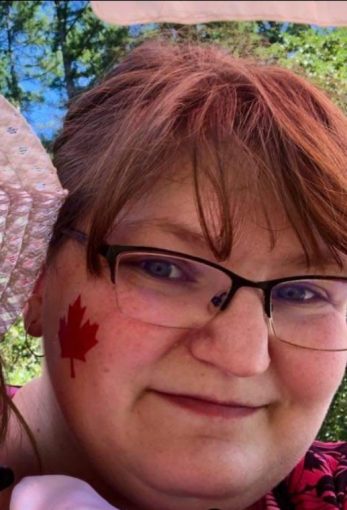 Karli Stokes Fat, Desperate Homewrecking Slore. This fat slob is so desperate for d*ck , she clung to her husband, Eli for 6 years after their breakup. Anytime, he tried to move on, she’d sabotage his relationships. After 11 years of hell and abuse, manipulation, greed he tolerated from her. He left and tried to move on. Karli was so desperate to save her marriage, she demanded to meet his gf and wanted a threesome and offered an open relationship. Eli and his gf weren’t interested. So Karli took him to court, revealing their child wasn’t his and demanding money. While married, she put Eli in debt with financed vehicles and forced him to mortgage a sh*thole house. The past year while he’s been with me, Karli kept harssing him, texting at all hours, checking in, bugging him for money or help with something at the house, offering casual sex. Karli’s been so hung up on Eli and bitter about the breakup, she thought it was funny, ego boost for her to finally be “the other woman”. Eli cheated on me the whole year with me. Sent his fat whale 72 d*ck pics, sexting all the time and she claims they both caved once. And she wasn’t sure, supposedly can’t remember if she caved last year. They’re both lying, manipulative, cheating white trash.