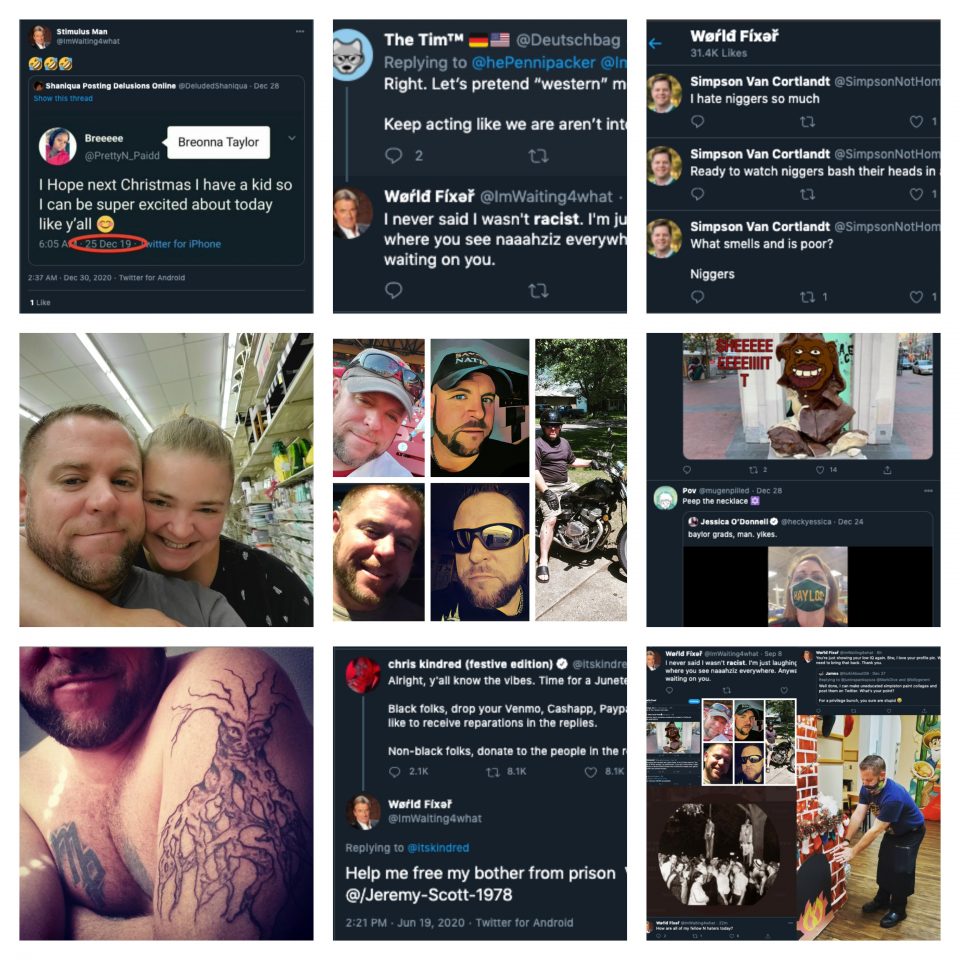 Jeremy works as a server at the Mexican Villa South location in Springfield Missouri, what people don’t know about him is he’s a racist white supramacist, he runs a twitter account called “Imwaiting4what” where he celebrates when black people are shot by cops, calls black people monkeys, happily claims to be a racist (behind his ImWaiting4What account), says the n word, hates minorities (but works at a Mexican Villa?). I want the world to know how much of a racist you are Jeremy, no need to hide behind a fake twitter account, you wouldn’t say a fraction of the things you say on twitter in person. Jeremy you’ve been exposed, now you don’t have to hide behind a fake twitter account. I don’t get how your a white nationalist when your in the bottom tier of your own race (your short, your poor, you have no power or influence in society, and your wife is ugly, two ugly people don’t make beautiful children remember that, they’ll have your ugly genes)

Maybe your mad your life sucks, you don’t make much, you haven’t accomplished much and your wife would gladly leave you for a chocolate man.