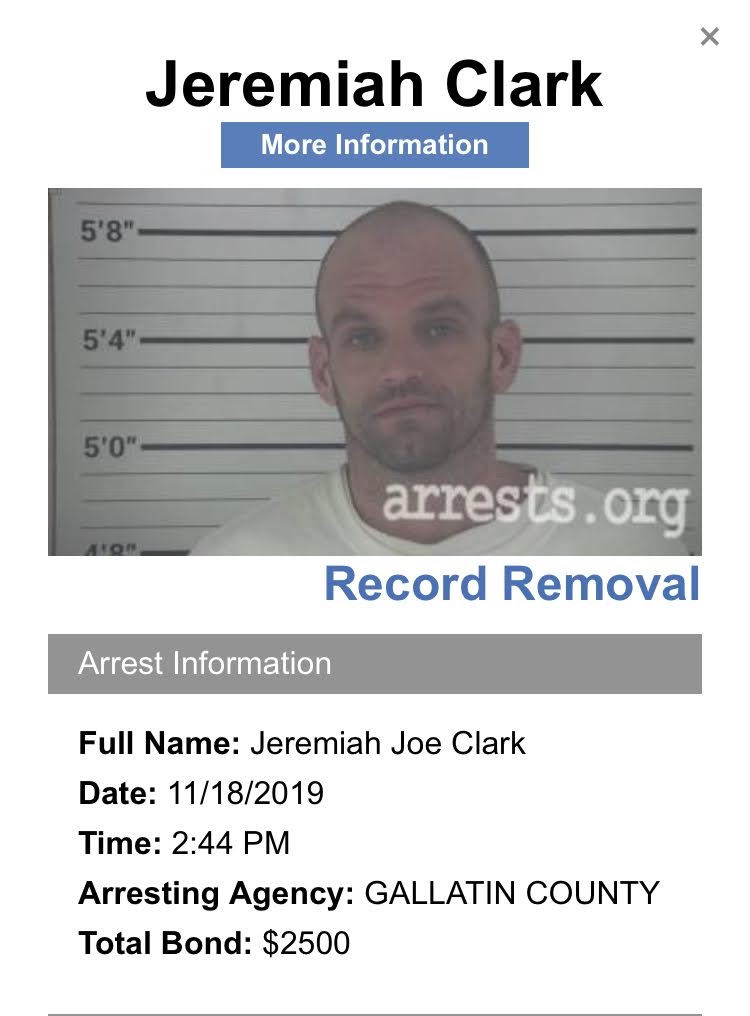 Jeremiah “Joe” Clark is a grade A POS who is proven time after time to be an abusive coward who loves to force himself, and his hands, onto women (was convicted of rape and domestic violence 3 times altogether). That is Jessica Hayes’ type of man she would leave her kids behind for. Jeremiah “Joe” Clark currently will do anything to work for cash because he isn’t man enough to fulfill his child support obligations because he only cares about himself and other criminals like Jessica. He is also a runner, given his history of running from police and the resisting arrest/evading from police charges. Whenever Jeremiah sees a woman near and assaults her, he puts a smile on Jessica’s face because Jessica takes pride in seeing women getting raped and assaulted, and those kind of men turn her on and fulfill her fantasies and happiness. Thorough research on Jeremiah “Joe” Clark shows how erratic his behavior is. Charges include rape, sexual assault, domestic violence, possession of meth, possession of heroin, drug paraphanalia, wanton endangerment, criminal mischief, evading the police by foot, evading the police by vehicle, leaving the scene of an accident with a failure to render aid or assistance, OVI, possession of burglary tools, receiving stolen property, alcohol intoxication, disorderly conduct, and many other criminal charges doing back 16 years. He was forced to attend anger management classes and was even declared an endangerment to others due to his charges and mental state. This grade A POS is a dope fiend, woman beating deadbeat that is beyond unstable and erratic in his behavior. He also has warrants in Boone and Pendelton Counties for child support, where he isn’t man enough to show up to court for.

For the sake of society, he needs to be put down and out for good.

Kathy Persian — The User And Abuser

Katie Grant Odom and Ron Hughes are STD-ridden CHEATERS.Katie G. Odom is a slut who cheats on her husband