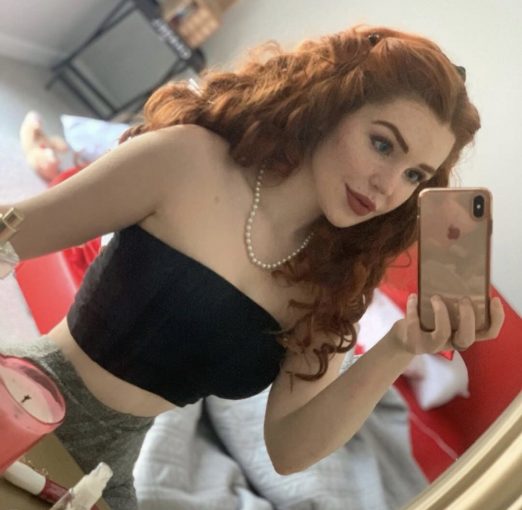 Nik People need to be warned about this fake Reverend Graciela Rae. She claims to be an ordained Reverend and a Christian evangelist but she was hanging out with some pretty shady people and doing some pretty shady things and sh1t just wasn’t adding up with this b1tch. Now my walk with God isn’t good but I was raised christian so I was smart enough to pick up that this b1tch was a total fraud. When I investigated her Instagram she has 200,000 followers so when I looked at all her followers I realized that she bought them and they were all fake accounts. Then I went to her website and it said she’s ordained from universal church so when I investigated what universal church was, it’s not a real church nor is it even a christian church! You can just go on the internet and order your ordinance for $50 with no background check and get it mailed to your house without getting vetted so she’s not a real Reverend. She claims to be the youngest Reverend with the most titles but all her titles are from fake diploma mills. Her website says she’s the founder of limelight church so when we looked into it, there’s no real church with no fixed address. It claims to have support groups, counselling etc but no info, times, addresses to where to attend these groups. Why? Because they don’t exist! She says on her website if you want info on the groups to email to a gmail account but there’s no groups, no church building, no board and it’s all fake but the donation button is real. She says all over her Instagram that she preaches but there’s not one preaching video of her ANYWHERE of her on the internet because she’s never preached because no real church would hire her. She claims to sell tickets to her shows. No real evangelist sells tickets. Nobody has to pay to go to a sermon. She has photoshopped photos of her in front of audiences that aren’t real. She drinks, parties, goes to clubs and has sex and she’s not married. She’s a fraud! She needs to be exposed. She is extremely vain and always snap chatting her designer bags and her luxury cars and boasting about all her money instead of being humble. A real preacher of God wouldn’t dress like a sloot and boast about all their designer bags when people are poor. They’d be humble like Jesus and they wouldn’t be liars and live a double life. She is a narcissist and me and my friends who know her think she has multiple personality disorder.

Jeff Bartja , Brad Bartja and Natalie Wallis were the subject of accusations that Bartja/Wallis is a Ponzi scheme