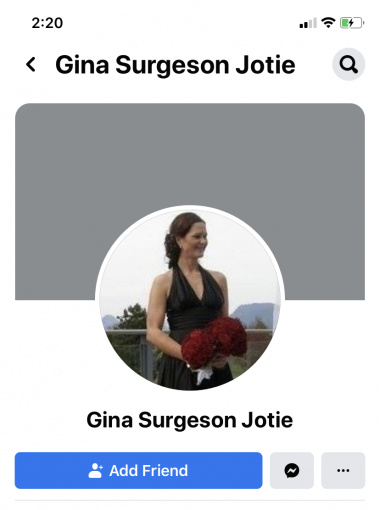 Gina Jotie… where do I start. Not only does she get involved in her teenage daughters drama but she also condones her daughter using racial slurs, telling people to kill themselves, allowing her daughter to get so drunk that she sexually assaults other teenagers at parties. Her daughter constantly gets her self into drama amongst the community and Gina is right there fighting her daughters battles and calls every teenage girl threatening them. Mom of the year award goes to Gina jotie. Everyone should stay clear of her she’s mentally unstable and will turn the situation around to make her self look like the victim