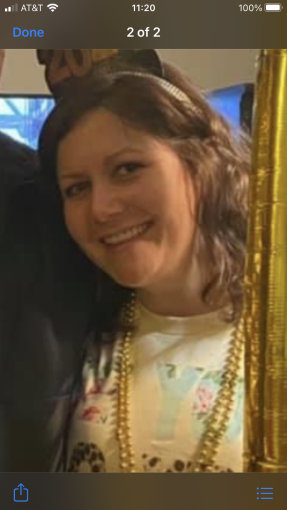 Emily Wright She Knew He Was Married. Emily Wright goes to church every Sunday and consistently posts bible verses on her Facebook page. She’s one of those “holier than thou” types, dresses old fashioned, and has everyone fooled that she’s a good person. She met a married man AT CHURCH. She knew he was married. He and his wife were having problems but Emily, trying to be a “friend”. convinced him it was worse than it was and he moved out. She even told him his kids would just get over it. She lets him take her out, buy her nails, tells him about her anal prolapse (gah), sends him partial nudes (I’ll get to that), etc. Then she shows up uninvited to his apartment hours after he had left his family. She invited him over and answers the door in a gown and robe (no, she’s not 85, she was 28 lol). They made out, she wouldn’t let him take her clothes off because she’s ashamed of her stomach and scars/damage from the prolapse but pulled her panties to the side. How freaking weird. Anyway, happened a few times and he decided to work things out with the wife. Emily can’t believe this. She shows up at his apartment crying and asking him to stay with her. She’s such a joke. And don’t get me wrong, he’s a complete piece of crap too. Both terrible people, but she runs around making everyone believe she’s a saint, yet she’s the furthest thing from it. Keep your men away from her, especially if they make any money. He high neck floral wardrobe and bible in hard are only a front. She will play the damsel in distress and talk about how horrible her ex husband is and how he’s a terrible dad (he’s not). She uses that to get male sympathy.