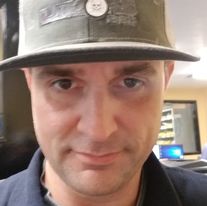 Dustin Scott Rogers Be A Man And Find Your Own Dam Girl! This POS bottom feeder is a narcacistic good for nothing punk that doesn’t know how to be a friend but rather a girlfriend stealer. I knew he had something wrong with his head when he said” You can trust me with your kids, you can trust me with with your money, you can trust me with your drugs, but never leave me alone with your girl” and the punk was right.” after being my bestfriend for a few years. he straight up looked at me in the eyes and told me nothing happened. my dumb ass believed him .This was after he got an inheritance. so he pretty much bought her because before then she wouldn’t even think twice. Men if you love your ladies then beware of this guy cause he loves to flaunt his money like he’s some body important. Don’t let that fool you. he was a huge weird star wars nerd that had no friends. From what my ex-girlfriend has told me since she is with him now is that he is still a nerd and all he does is sit in his room gets high and watches porn while she is out spending his money .She told me his nickname is minute man. She tells me more and more every time she gets pissed at him then comes to see me and talk about there problems .just beware of him he likes to act like a player.