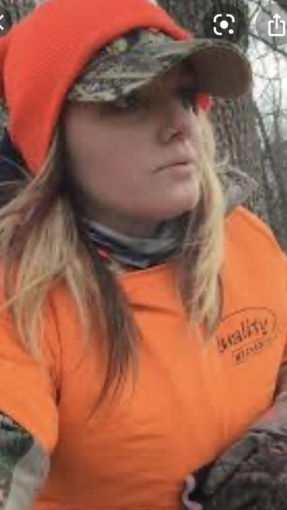 Denise Davy — *Sociopath*. Major drug addict, has lost both her kids due to drug lifestyle, and because she’s a sex addict and started molesting her oldest son. Before they were taken away, you could go to her place any day of the week and she’d be locked in her room sleeping until 2 pm with her kids running around dirty, not at school, not having eaten. Currently lives in a trailer in squalor, rotting meat in bathtub and dirty clothes everywhere. She has stolen from close friends, family- anyone! For a fix. She claims to be this “extreme angler” and uses that platform to collect donations which she will sell for drugs. Due to this she has lost many sponsors and no one will work with her as she’s dishonest and unreliable. Has never been able to hold down a job for more than a few weeks. Cheats on every boyfriend repeatedly and daily with multiple men…. including gang bangs, sex with minors and old men, etc. Changed her name from Denise VanDRDs to Denise Davy because 1) she’s fuked over so many people and 2) has been known as Denise vanDRDs since grade 8! Lol. Has multiple DRDs and now has started using meth. Has permanent crust under her nose from drug use, and terrible acne she cakes makeup over. Doesn’t care about anyone but herself and can spin a tale to make others feel sorry for her. Wherever she goes, drama follows. Stay far away from her! There’s a reason she’s been on this site multiple times. Any crazy terrible thing you’ve heard about her is true, trust me. I have a lifelong DRD from her now.