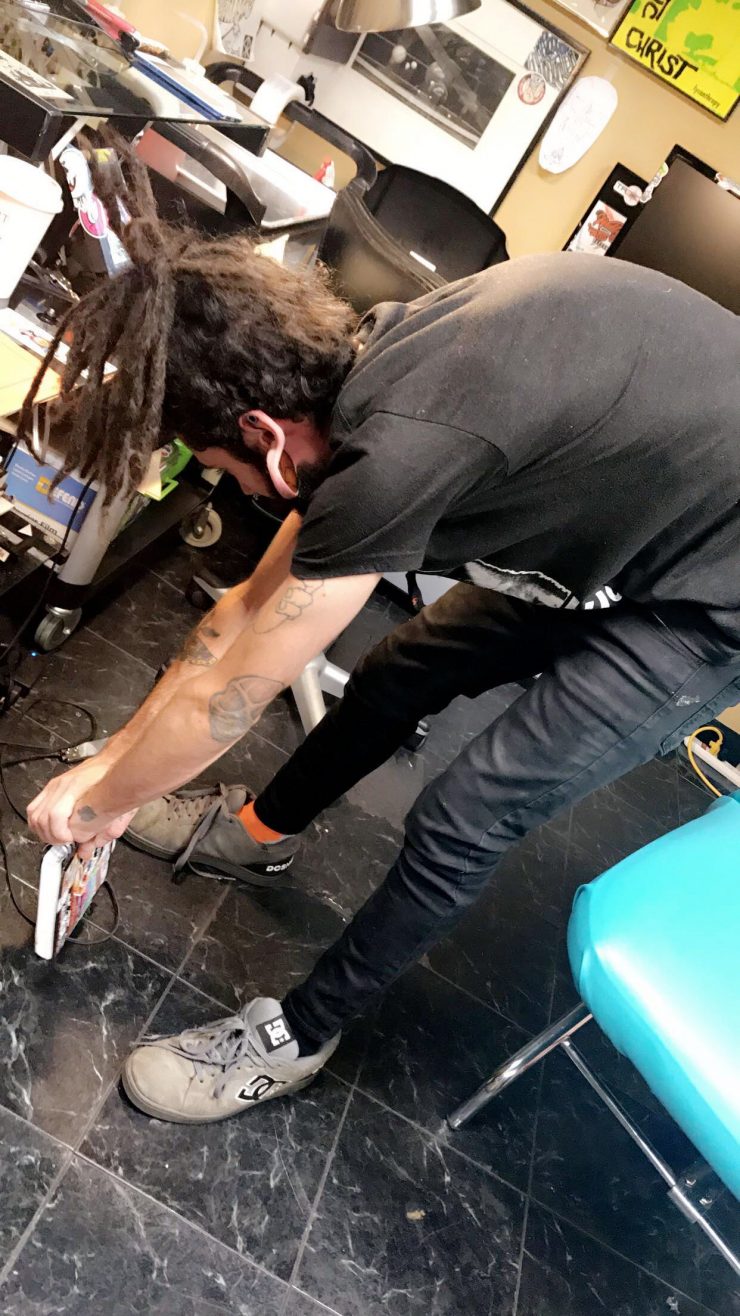 Bobby Rotten Tattoos. Do not give this METH ADDICT any of your money! He hides used uncapped meth needles beside the actual machines he uses to tattoo people with. Robert Daniel Conners has a record of domestic violence, which you can find online, and a long list of women he has physically abused. He recently almost killed a 20 year old girl while he was on some meth induced rampage. He used to run a tumblr blog called “fuckpunx” where he would jack off to animals being sexually abused while he was high out of his mind on meth. He even admitted to sexually assaulting his own two dogs (Roxy and Bojack) on this blog of his! DISGUSTING! His rotten meth mouth smells so bad you will need a fucking gas mask to come within 10 feet of him. WATCH OUT!