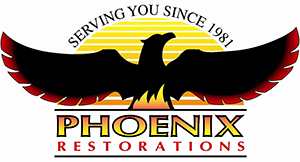 I thought I’d dig around to see if Paul Klann, owner of Phoenix Fire and Flood Disaster Restoration Services in Coquitlam and Vancouver, B.C, Canada used any other women and it looks like I was not the only one. I feel sad when I see reviews of his company because I know what it feels like to be taken advantaged of. What people don’t understand when you call Phoenix Restorations is that Paul has an unofficial two-tiered system. The people he sees as more influential and powerful get their “VIP” treatment and people who appear to be of lower socioeconomic status, and whose first language is not English do not have priority. He even told me the VIP clients even get better slightly better quality labor and equipment when it is within a certain range because the “VIP” people can tell the difference.  Be careful if you are just an average citizen.
His company bribes people (with cash) to influence their ratings. This is exactly what he did to me. He threw his cash around and wooed me with his generosity in the beginning. He made many promises he did not keep. Paul Klann is a person who uses you until he can suck you dry then he runs before he has to fulfil his financial promises.  This is a warning to any other women thinking of getting involved with him. RUN! He is married but will never tell you. He is just not a decent man.