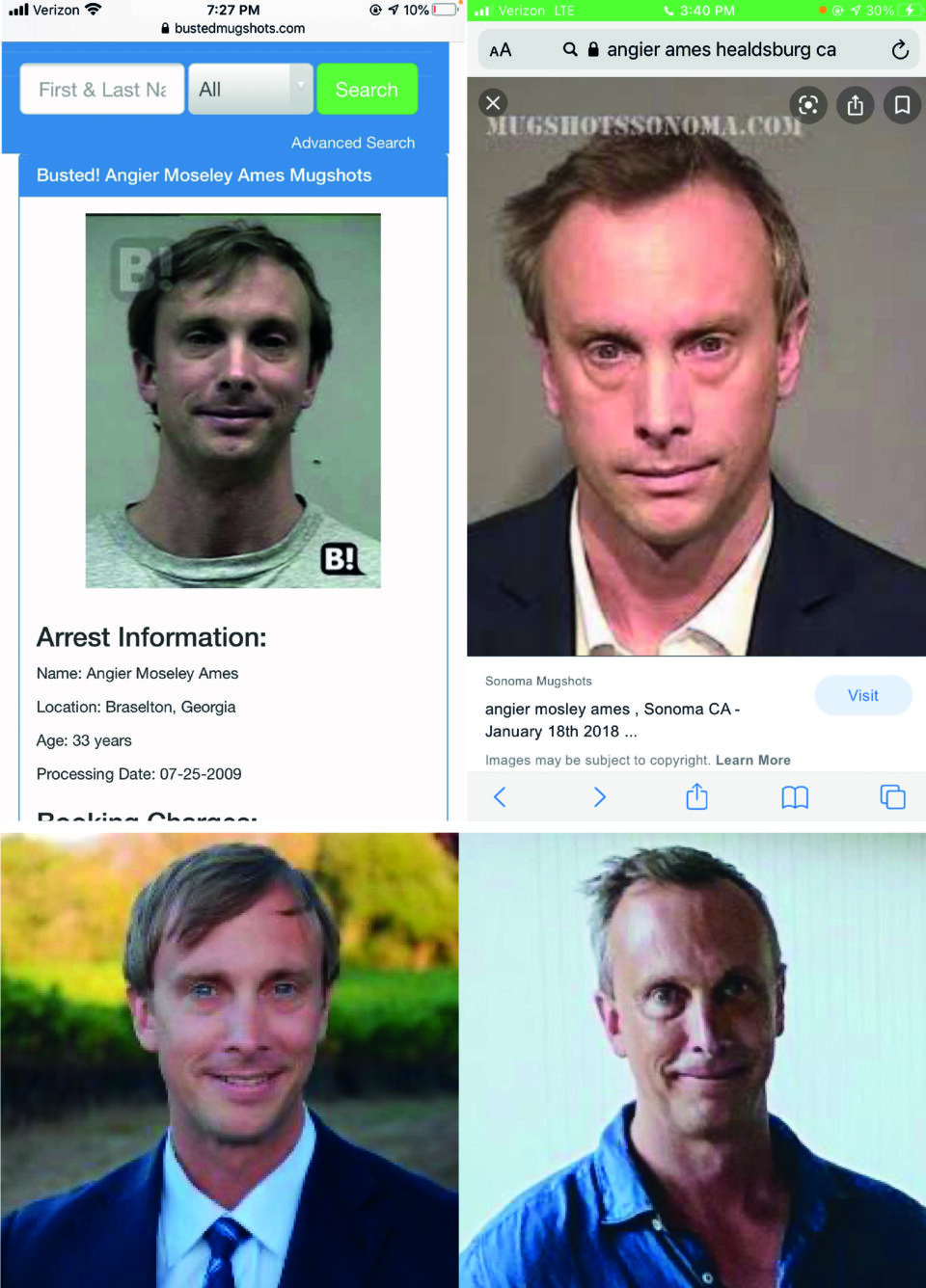 Angier Moseley Ames of California and of Massachusetts kept me drugged in house while he raped me for 3 days. I met Angier on the dating app Bumble and he insisted that I go back to his house. We shortly dated and I finally did go to his home. He gave me a drink and I was in and out of consciousness, I had trouble breathing, I fell 6 times, I had seizures for the first time in my life and I remember Angier pulled out 2 large jump ropes and he said he would tie me up with them. I had severe chest pain and I could hardly breathe plus I was paralysed on his bed for over 8 hours. My clothes was constantly on and off and I do not remember taking my clothes off. I do remember that Angier Ames raped me over 12 times. I could not move or defend myself and it was horrific. The drugs he gave me were so strong. I thought I would die because he gave me too many drugs and I felt like I could have a heart attack. I was losing my memory and I was in and out of consciousness the entire time so I could not run away. Plus my cell phone did not work from his Healdsburg, CA home so I had no way of escaping. Angier also yelled at me on a violent and aggressive tone and I could not move. I was so afraid that he would hit me. Angier mentioned that he hired a female prostitute to dress him up like a woman and he asked her to hit him in public. After Angier drugged and raped me for 3 days, I went to get tested and the doctors were so worried that they gave me 3 AIDS tests. After Angier raped me, I had over 100 small red bumps all over my legs and thighs and the doctors gave me all of the STD tests because they were so worried. It almost took 7 months for the red bumps to disappear and doctors said they had never seen anything like that before. Because of this horrific experience with Angier Ames, I now have 3 therapists who help me deal with trauma. I used to be a very happy young woman and I now come home before it gets dark. I also stopped dating. After meeting Angier Ames, I tried dating 2 times and I cannot handle it because Angier traumatised and abused me so much and for so many days. There are times I have horrible nightmares of him raping me or there are panic attacks that are so severe that I have trouble breathing. I am upset because I am so afraid of dating now and I am afraid of men in general. I am so upset about this. I used to be such a happy person. Angier Ames has destroyed my life and he is a dangerous criminal. Do not be fooled. You might find him polite but he is actually possessed and does drugs such as PCP and worse. Angier Ames has been arrested several times. Stay away from Angier Ames. He will destroy your life. He is the worst person I have ever met and he serves no purpose in this world. And the worst part was that after Angier Ames drugged, raped, tied me up and attacked me for 3 days, he asked me to water his plants in the coldest and most condescending way.

Raph is a cheater